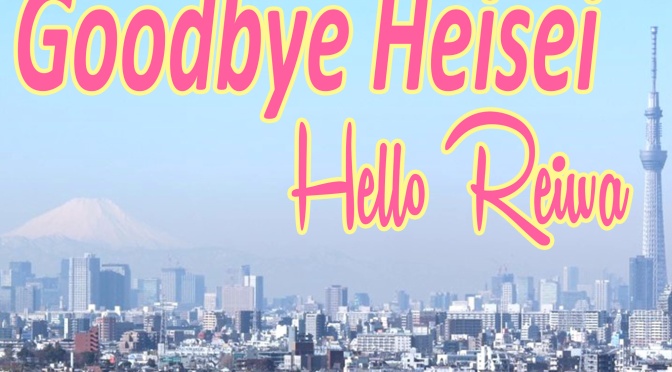 The end of April also marked the end of an era known as Heisei in Japan. It spanned from 1989 to this year of 2019. It’s a pretty big deal in Japanese history.

But you’re also probably wondering why I’m writing about it if I’m not even Japanese. Without Heisei, I would not have all of the things I love today. A lot of the things I grew up with came from Japan during that era. Things that are important to me still. Things that make me who I am. This includes music, anime, video games and of course – Gyaru.

It was during this era that Gyaru was born, cultivated and evolved. It went beyond Japan to other countries. It was because of this fashion that I finally became comfortable in my own skin. It allowed me to express myself in different ways and even helped me get better at makeup. I was also able to become part of an amazing community with members that help each other. It’s become a big part of my life.

This was the golden age of anime. Many big series and movies were created during this time. The creation process was evolving to what would eventually be done by computers. And anime grew popular worldwide.

Top 3 Anime of the Heisei Era:

Of course we also need to talk about manga. Just like anime, manga series were quickly gaining popularity outside of Japan. More publishers all around the world were picking up series. It even inspired non-Japanese artists to create their own series which were also published!

Top 3 Manga of the Heisei Era:

As I grew up, I loved playing RPGs. Real fantastical adventures caught my eye more than pretty graphics. It was like being part of a fantasy story and you could be a part of how it ends. Many of my favorite games as a kid were made during this time.

If you were like me, Japanese music eventually became all I listened to throughout school. It didn’t matter if it was J/pop/rock/rap/etc. You got to hear a lot of songs made by really big artists because of anime, too.

Top 3 Songs of the Heisei Era:

Here’s to Reiwa and may it be blessed!